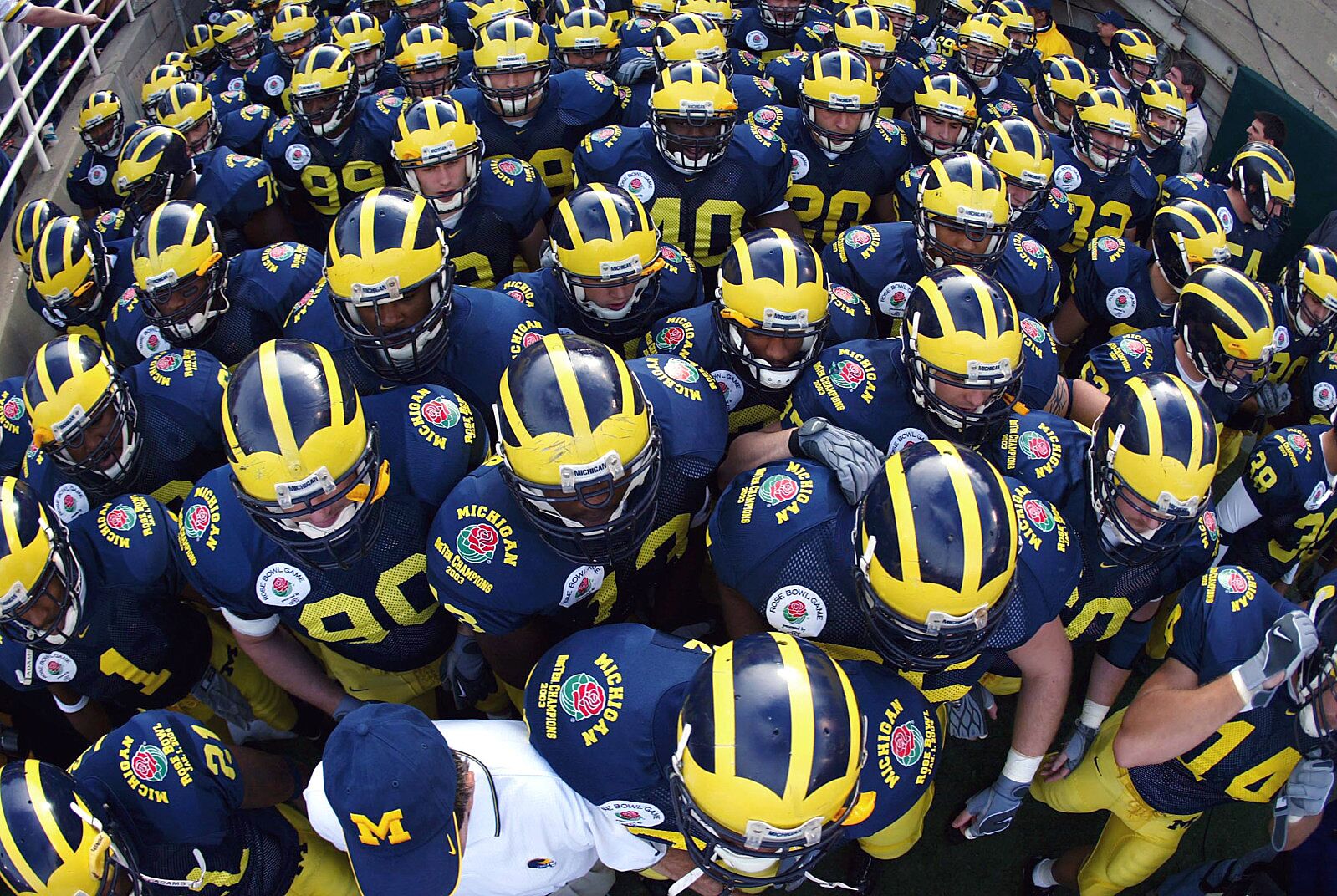 Michigan football has a rich history in bowl games. Over the years, the Wolverines have played in 46 and won 21 and here are the 10 best victories.

When it comes to the history of college football, the Michigan Wolverines play a pretty significant role. After all, Michigan football has won more games than any school, along with 11 national championships and 46 bowl appearances.

It is fair to point out that Michigan football has won just one national championship since1948 but the Wolverines have still won 42 conference championships and have finished ranked 59 times.

The point being there is no shortage of history. So as we sit less than two weeks away from the Peach Bowl, which will be the 47th bowl game for the Wolverines, it seemed like a good time to look back on some of the top bowl triumphs in program history.

UM has 21 total bowl victories. Breaking it down further, the Wolverines have won the Rose Bowl eight times, as well as winning the Orange, Sugar and Fiesta once. Michigan has also won the Citrus Bowl four times, the Hall-of-Fame Bowl twice, and has one win apiece in the Outback Bowl, Gator Bowl, Bluebonnet Bowl and Holiday Bowl.

You would think Bo Schembechler has more bowl wins than any coach, but it’s actually Llyod Carr, who leads the way with six. He also led UM to two of the top wins on this list and the 1997 National Championship.

The Wolverines won the Rose Bowl that year and while that game will certainly be on this list, you can bet it will be towards the end. So without going any further, here is a look at Michigan’s top 10 bowl wins of all time.

Why LaMelo Ball was attending a Michigan basketball game
5 Michigan players to watch for in the Peach Bowl vs. Florida