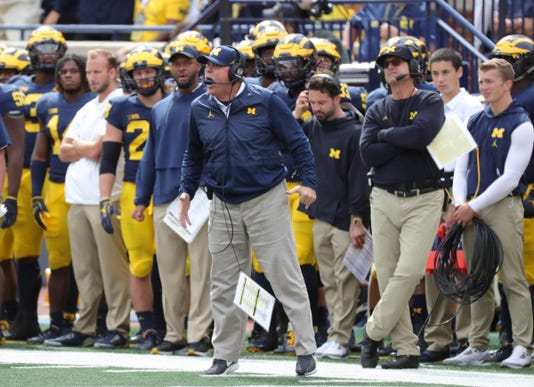 Brown, who turned 63 in July, has maintained throughout his three years at Michigan that he enjoys Ann Arbor and his role leading the defense. Still, he also said he’d be interested in running a program as a head coach again if the situation was right.

More: Michigan’s Don Brown on Ohio State game: We had a ‘terrible week’

“In the right situation, if it occurred, (yes),” Brown said Thursday in Atlanta when asked if he’d like to be a head coach again. “At the same time, not on anybody else’s terms but my own. So you take that for what it’s worth.

“I’m not one of those guys who is trying to play the cookie cutter game to fit myself into what somebody (else) wants.”

Brown, who hails from Massachusetts, has spent most of his lengthy coaching career on the East Coast, mainly around New England. 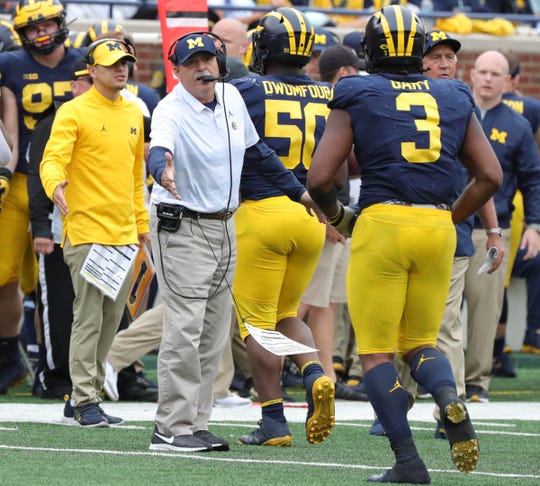 Temple, which plays in the American Atheltic Conference, is located in North Philadelphia — a day trip away from New England and right in the middle of the recruiting area Brown knows best.

“I talked to them. I’d be lying if I said I didn’t,” he said. “Obviously I’m familiar with the area in terms of, I can recruit up and down that Eastern seaboard from New England all the way to Florida.

“But did I lose sleep over it? No. I blinked and moved on to the next day.”

Asked if he and Michigan are currently working on a new contract, Brown said, “Not that I know of.”

When Brown signed the deal in late 2016, he was one of the highest-paid coordinators in America. He still is, but the market has changed.

Michigan assistant head coach Pep Hamilton, the team’s de facto offensive coordinator, will make $1.45 million with a retention bonus if he stays through Jan. 10. Florida defensive coordinator Todd Grantham, who will oppose Michigan in the Peach Bowl, was scheduled to make $1.4 million this year.

Asked Thursday if he’d like to be a head coach, Hamilton kept the conversation on the Peach Bowl.

“I want to win this game against Florida on Saturday and I want us to carry that momentum into the offseason and into spring ball,” Hamilton said. “I’ve been doing this for a while. I try to stay in the moment. It’s never about me, it’s always about these players. I’ve been coaching for quite some time, but for coaches, we can just continue coaching. For (the seniors) on our football team, some of these guys are getting closer to playing their last college football game.

“So it would be unfair for me to focus on anything other than doing my job as a coach to help them to be in the best position that they can be in to go out and finish this season on a high note.”

As for Brown, when asked about his overall situation with Michigan, he made it clear that he’s not actively looking.

But if someone comes along with an intriguing offer, he’s not going to ignore it.

“I don’t go out ringing somebody’s doorbell,” Brown said. “But you never look a gift horse in the mouth if they want to talk to you.”

Report: Ohio State’s Dwayne Haskins could be only QB selected in first round of 2019 NFL Draft
Ohio State Star Has Message For Michigan Recruit