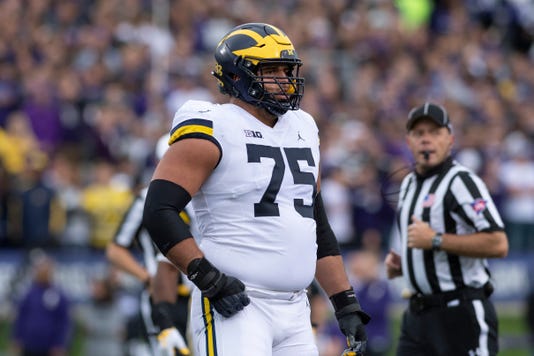 Michigan was shut out of the major Big Ten offensive awards on Wednesday, one day after collecting two – linebacker Devin Bush as Defensive Player of the Year and Will Hart as Punter of the Year.

Michigan State did not have any players on the Big Ten first, second or third offensive teams, but injured receiver Felton Davis III was honorable mention. The offensive teams were announced Wednesday night.

Ohio State quarterback Dwayne Haskins was named the Big Ten’s Offensive Player of the Year and quarterback of the year.

Ohio State center Michael Jordan, who is from Plymouth, was named second team by coaches and media.