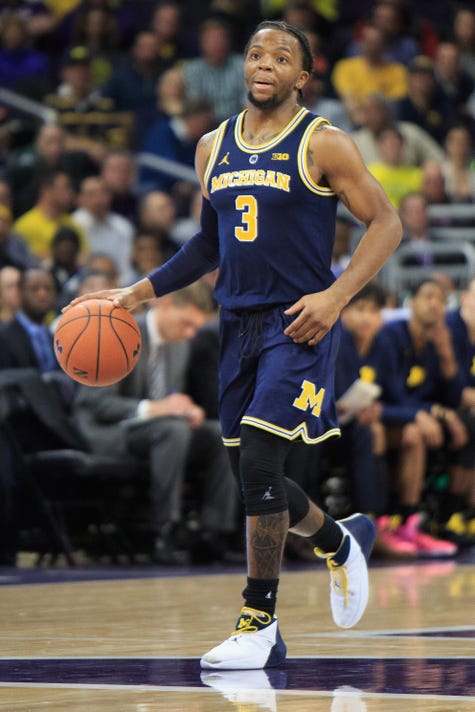 Michigan’s Zavier Simpson dribbles against Northwestern in the first half at Welsh-Ryan Arena on Dec. 4, 2018 in Evanston, Ill.(Photo: Justin Casterline, Getty Images)

No. 5 Michigan basketball is still unbeaten.

U-M will be heavy favorites in its next four games, all at home, and should be favored in the four conference games after that, too.

Saturday, the Wolverines host South Carolina (4-4), which has had its fair share of struggles this season.

Here are three things to watch for when Michigan plays the Gamecocks (noon, Fox Sports 1).

South Carolina isn’t very good on offense. But it is solid on defense.

The Gamecocks don’t give up a high effective field-goal percentage. They force turnovers and block shots.

They also have one of the best two-point defenses in the nation, allowing their opponents to shoot just 39.4 percent inside the arc. That mark is fourth-best in the nation, behind just U-M, Old Dominion and Texas Tech.

But South Carolina has struggled against 3-point shots, allowing opponents to hit 38 percent.

Michigan has been a solid 3-point shooting team, averaging 36 percent this season, and shot 50 percent from behind the line against both North Carolina and Purdue before making just 25 percent at Northwestern.

Jon Teske goes from backup to backbone of team

Junior point guard Zavier Simpson has had some open looks from outside the past couple games.

Against Purdue, he shot 0-of-3 from the 3-point line. Tuesday night, he went 0-for-5 against Northwestern, missing on three consecutive possessions late in the second half.

Teams are leaving him open — he’s shooting just 22.7 percent from 3 this season.

Simpson is crafty, especially around the rim. He has added a hook shot to his game. Becoming better from 3-point range would make him even more dangerous on offense.

For what it’s worth, U-M coach John Beilein thinks Simpson is very close to breaking through his slump. And Simpson remains confident in the work he’s put into improving his shot.

“I’m watching (Simpson’s) shots — I’m watching every one of them,” Beilein said after the Northwestern game. “I said, ‘That one’s in, that one’s in.’ I’ve never seen a guy shoot the ball so cleanly and not go in.” 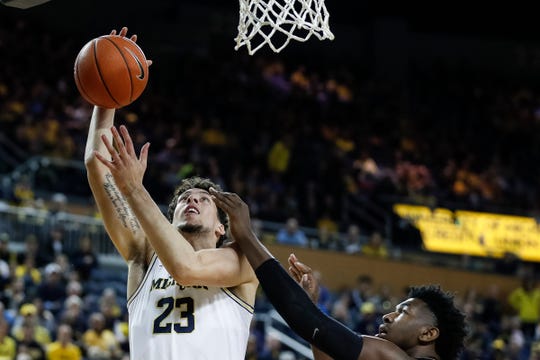 Aside from Livers and Brooks, though, U-M doesn’t go much to its bench. Center Austin Davis hasn’t seen much time all season, and was on the court when Northwestern made its second-half run.

The next most likely options to see time — especially during this stretch — are freshmen center Brandon Johns and point guard David DeJulius. Beilein has fielded a lot of questions about depth recently, and has pointed to those two as the players closest to breaking into the rotation.

It’s hard to see South Carolina scoring enough against Michigan. This one should be a comfortable win for the Wolverines.