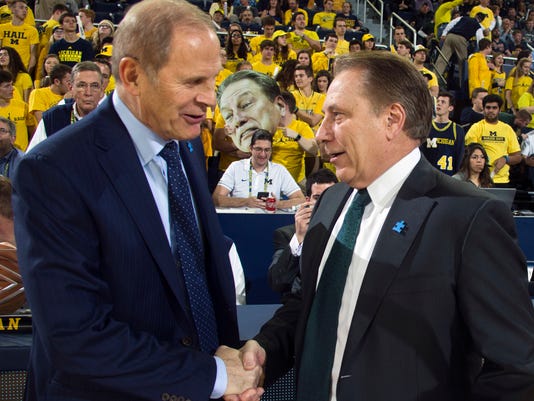 The Michigan basketball team kept the same ranking in the newest edition of the AP Top 25 poll.

The Wolverines (10-0) are ranked fifth after beating Northwestern on Tuesday, 62-60, before returning to Crisler Center to win, 89-78, against South Carolina on Saturday.

U-M got one first-place vote, one of six teams to do wo.

In the NCAA’s NET rankings, which has now replaced RPI as the NCAA’s primary evaluation tool, U-M took over the top spot from Virginia.

The Wolverines were previously ranked second.

Michigan’s next game is Saturday at home against Western Michigan. MSU next plays Green Bay on Sunday in East Lansing.

Jon Teske is a pivotal player for the Wolverines
College basketball rankings: Undefeated Kansas regains No. 1 spot in AP Top 25 Poll, ahead of Duke and Tennessee