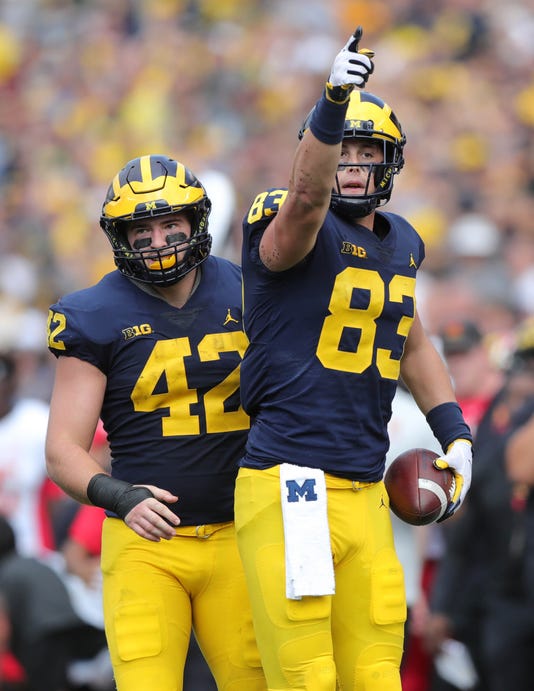 Gentry, a 6-foot-8, 262-pound tight end from New Mexico, made the announcement official Wednesday via his Instagram page.

“Family, faith and football have been three constants to this point in my life. I’ve been lucky enough to call the greatest University in the world home for the last four years,” Gentry wrote. “During that time I have grown as an individual in many different ways and had the unbelievable opportunity of putting on a winged helmet on Saturdays in the fall.

“After prayer and careful consideration with family, friends and coaches, I have decided to declare for the 2019 NFL Draft.”

Gentry came to Michigan as part of Jim Harbaugh’s first recruiting class in 2015, he was recruited as a quarterback out of New Mexico and actually flipped to Michigan from Texas late in the process.

Shortly after arriving, though, Harbaugh and company moved Gentry to tight end. He developed there for two seasons, redshirting his first year in 2015.

By 2017, though, Gentry began to make strides. He posted 17 catches for 303 yards and two touchdowns as a redshirt sophomore.

In 2018, as a fourth-year junior, Gentry had career-highs in catches (32) and yards (514). He added two touchdowns and finished the year as a third-team All-Big Ten performer.