Looking at last 5 seasons Vols were in top 5 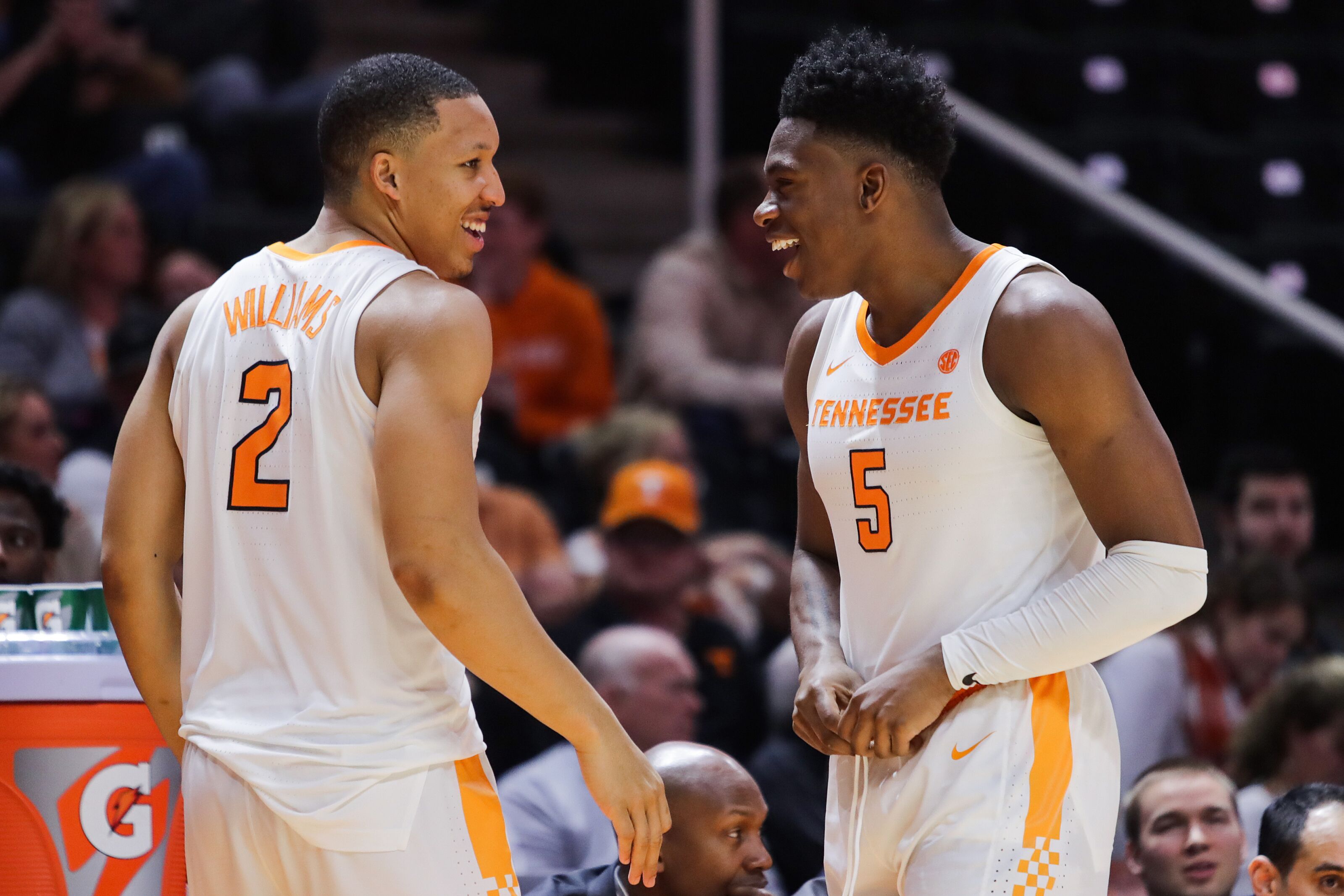 Tennessee basketball is at a rare moment in history with its current top five ranking. Here are the other five seasons the Volunteers ever got that high.

It’s no secret that men’s Tennessee basketball doesn’t have a lot of history. The Vols have never made a Final Four and were only ranked No. 1 for one week in their entire history. As a result, this season is already a special one for them.

Ever since the second week of the season, Rocky Top has been ranked in the Top 5. The most recent AP and Coaches’ Polls had them at No. 3 each. They have been right there with the Duke Blue Devils, Virginia Cavliers and Michigan Wolverines, all jockeying to stake their claim as the top-ranked team in the country.

To put in perspective how unfamiliar this territory is for the Vols, they hadn’t been a top 5 team in over a decade before this year. In fact, they had only reached the top 5 in five other seasons throughout their history.

In this post, we’re going to take a look back at those five seasons in which Tennessee basketball reached a ranking that high. We’ll analyze when they got there, how long they stayed, and what the outcome of the season was.

There’s no real ranking here. We’ll just go in reverse order of the seasons they reached such a level and analyze what happened in each of them. Sometimes, a ranking that high was a fluke. Other times, they maintained it.

This year is one of those rare years in which the Vols are maintaining such a ranking. And it’s crazy that it comes at a time in which the Tennessee Lady Vols are struggling to remain in the Top 10 while Tennessee football struggles to just remain a winning program. My, how times have changed!

Anyway, this level of success is a major testament to Rick Barnes and what he has built here. But with only one loss so far, let’s see how it stacks up against previous seasons. These are the last five times Tennessee basketball reached the top 5 in the AP Poll.

Auburn WR commit George Pickens has heard from new Miami staff
Michigan stays at No. 2, Michigan State up to No. 6 in latest AP Top 25