Jon Teske is a pivotal player for the Wolverines 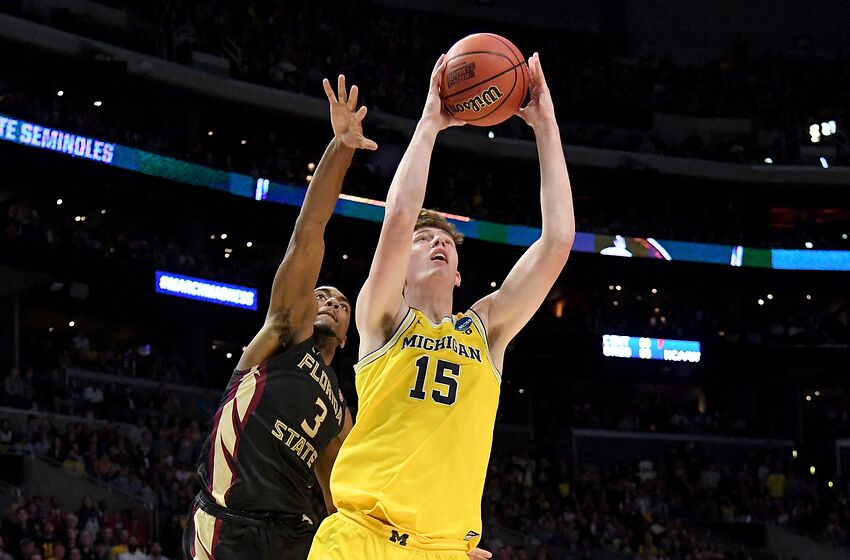 Jon Teske has taken his game to another level and become a key player for the Michigan Basketball team as the starting center.

Jon Teske has made himself into a reliable center on the Michigan basketball team. Playing 32 minutes a game and averaging a little over 6.5 rebounds per game. But it is Teske’s defense which is consistently stellar.

Not only can and does Jon take on opposing teams big men. He is also able to defend smaller players. His play is a real asset as he has been outstanding on the perimeter.

At 7′ 1″ Jon Teske can throw a good screen and yet can roll to the basket. His 8.1 points per game have been a welcome addition to the Michigan top 5. Michigan needed a dependable center and Teske has provided that.

Michigan head coach John Beilein is known as a coach who teaches strong fundamentals. Beilein credits Teske as being a player who is willing to listen to take his game to the next level. So far, so good.

What Jon Teske does is compete game in and game out. His play is a huge reason Michigan has enjoyed a strong start to the 2018-19 season. Teske has for a big man a soft shooting touch.

In the game against North Carolina Teske had five blocked shots. What has been lost in the shuffle is Teske’s defense is so strong he is able to force players to take a shot they do not want to or force a turnover.

Jon leads Michigan averaging 6.1 rebounds a game. Given his drive and determination it is safe to say Teske has not played his best basketball. He has improved from game one. This is good news for the Michigan team.

Jon Teske has made himself into a very good passer who sees the court very well for a big man. It is worth noting that Teske stayed a Michigan last spring and summer to improve his game.

A game that has seen the gentle giant jump high and quicker than past seasons. As a junior Teske has had more stamina during games and looks fresh when he re-enters games after a breather.

Michigan has got a center who is more than a dunk guy. They have a player who has improved his play which has elevated the play of the entire team. His importance cannot be understated. Jon Teske is a key part of Michigan basketball.

College basketball rankings: Kansas back at No. 1, while Duke and Virginia give ACC two in top three of Coaches Poll
Michigan gets first-place vote, 5th in AP Top 25; MSU ninth