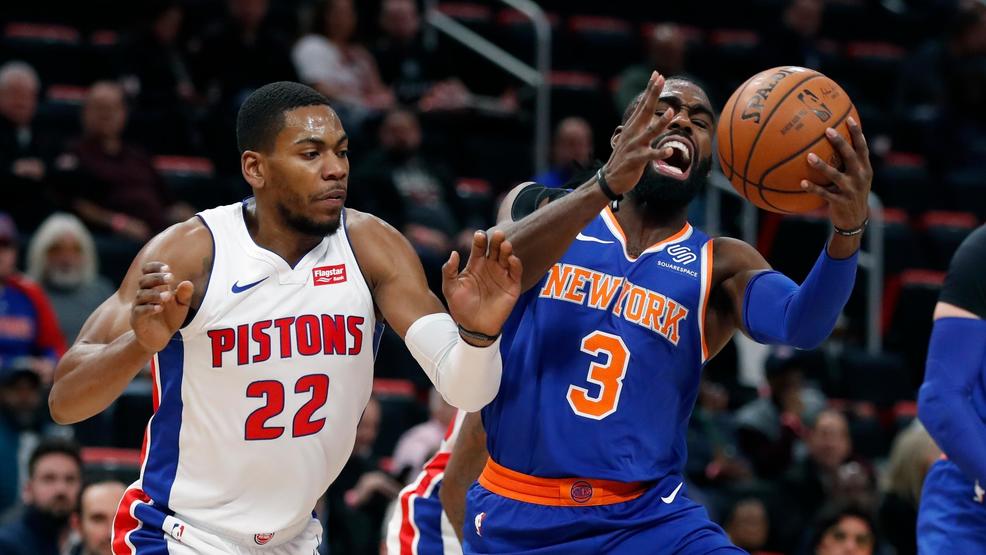 DETROIT (AP) — Blake Griffin scored 30 points and Stanley Johnson added 21 to lift the Detroit Pistons to a 115-108 victory over the New York Knicks on Tuesday night.

Reggie Jackson contributed 21 points for Detroit. The Pistons held New York to 40 percent shooting from the field and led throughout the final three quarters.

Allonzo Trier scored 24 points for the Knicks, who had won a season-high three in a row.

The Pistons (11-7) are off to a solid start under new coach Dwane Casey, although nine of their victories have been against teams that currently have losing records.

New York shot 15 of 50 in the first half and trailed by as many as 16 points in the second quarter. It was 51-43 at the half, and the Pistons stretched the lead to back to as much as 18 in the fourth.

The Knicks had the deficit down to seven when Johnson came leaping from behind to block Trier’s layup attempt with about 30 seconds to play in the game.

New York’s Tim Hardaway Jr. and Trey Burke and Detroit’s Glenn Robinson III were teammates on Michigan’s 2013 Final Four team. It wasn’t a great night for that trio, which combined to shoot 6 of 24 from the field. Hardaway did have 19 points.

Knicks: New York was without F-C Kristaps Porzingis (left knee), G Courtney Lee (neck) and F Lance Thomas (left knee). … Mitchell Robinson, New York’s 7-foot-1 rookie, fouled out with 3:27 remaining in the third quarter after having only two fouls at halftime. Noah Vonleh also fouled out with 2:29 to go in the fourth, and Mario Hezonja picked up his sixth foul in the final minute.

Knicks: At Philadelphia on Wednesday night.