Five stars could elevate Michigan recruiting class to next level 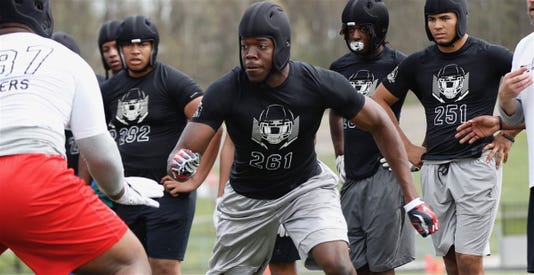 Before recruiting experts start handing out trophies for best classes, they will await the envelopes, please, for at least two highly-regarded players who still have Michigan in the conversation. Well, at least that goes for five-star Ohio defensive end Zach Harrison, who has maintained an incredibly low profile during the recruiting process and hasn’t allowed his tea leaves to be clearly read.

As the Wolverines head into the early signing period that begins Wednesday, they have 25 commitments and are ranked by 247Sports Composite as the No. 1 class in the Big Ten and No. 9 nationally.

The class does not yet have a five-star commitment, though.

Harrison, according to a report this week from ESPN recruiting analyst Tom Van Haaren, will unlock his Twitter page and reveal his decision around noon on signing day Wednesday. It has been described for a while now as a two-program race between Michigan and Ohio State. There’s also the possibility five-star safety Daxton Hill, previously a Michigan commit who recently flipped to Alabama, could flip back to Michigan.

The Hill flip has been an intriguing story, particularly when speculation spread shortly after he committed to Alabama that maybe he was going to be running back to Michigan’s opens arms.

“There’s smoke there, and this time of year, usually if there’s smoke, there’s something to it,” Allen Trieu of 247Sports, said. “He made a quick commitment to Alabama and it did catch Michigan off-guard. It wasn’t like the kid made a bunch of visits to Alabama. It was a pretty abrupt moment. Since then the lines of communications have stayed open.”

And that’s why there is optimism at Michigan.

“Anything can happen at the last minute,” Trieu said.

“It’s a lot of work, but it sure doesn’t seem like work. You’re doing the things you love to do and all of our coaches have done a great job with it.

“I feel pretty confident we’re going to come very close to a full class, if not a full class, on Dec. 19, the first day you can sign.”

Harrison has been an intriguing player to follow. While many players can’t stop sharing visit photos on Twitter on Instagram and post their college finalists, Harrison has seemed in some ways to be the anti-teenager. He doesn’t post much. He doesn’t say much. Recruiting analysts have never gotten much from him.

“He’s one of the most interesting recruits we’ve ever covered,” Trieu said. “It’s not that interesting in that we don’t have that much information to go off — he doesn’t volunteer a whole lot. There’s always a little bit of guesswork with him. There’s confidence as far as Michigan is concerned. There’s some appeal for him to leaving home.”

Ohio State is appealing because it’s home. Harrison attends Olentangy Orange in the Columbus area. The Buckeyes’ 62-39 victory over Michigan in the regular-season finale might have given Harrison pause.

“There’s still optimism in Columbus. But there was a lot of momentum for Michigan at the end of the season,” Trieu said. “I do think the loss to Ohio State made him step back for a minute. I do believe that talk when it was put out there. I don’t think there will be any clarity until Wednesday.”

Michigan did boost its class over the weekend with the addition of four-star offensive tackle Trevor Keegan, who the Wolverines had coveted. The Wolverines also flipped four-star linebacker Anthony Solomon from Miami (Fla.). Solomon visited Michigan last weekend on the heels of Hurricanes coach Manny Diaz leaving for the Temple job.

Another player to watch on signing day is Cornelius Johnson, a four-star receiver from Connecticut. Michigan is a finalist and he visited over the weekend.

“He’s another one important for Michigan because they don’t really have a big wide receiver in the class,” Trieu said. He’s 6-3, 195 pounds and that would give them a missing piece in this really good offensive class.”

With the dismissal last week of running back O’Maury Samuels, Trieu said Michigan also might look into adding another running back.

“They might be kicking tires for running backs,” he said. 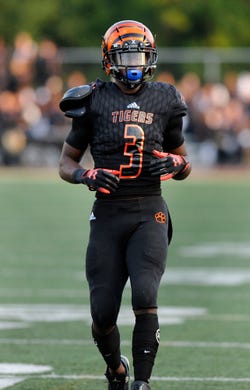 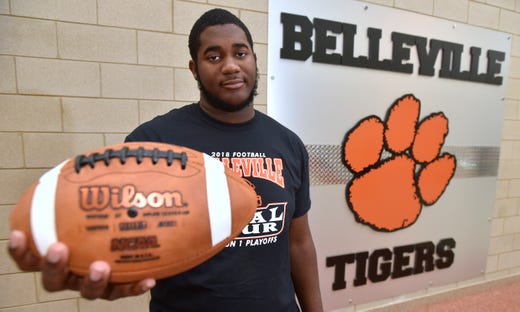 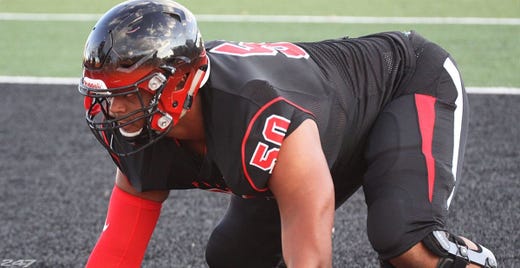 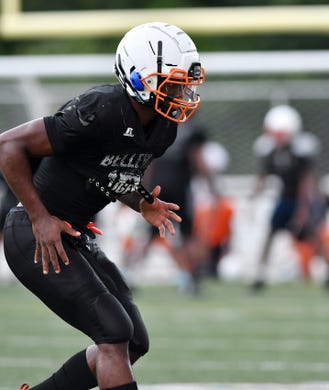 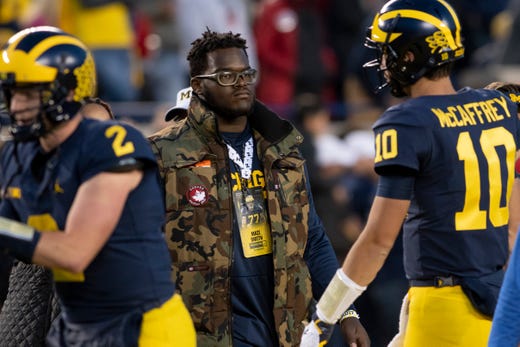 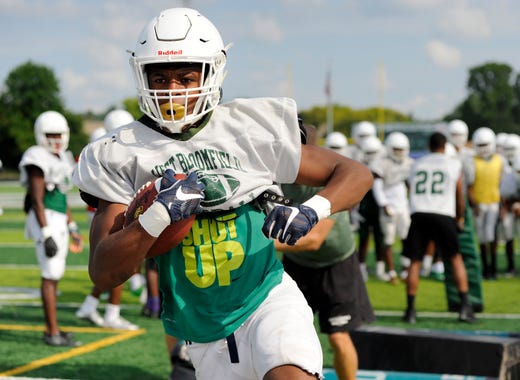 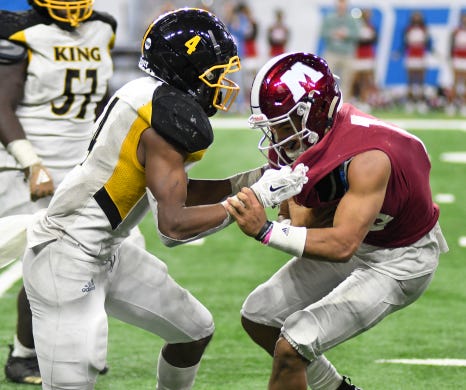 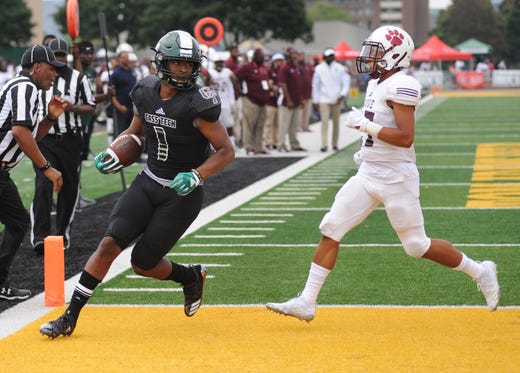 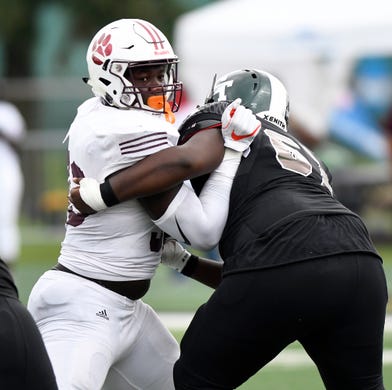 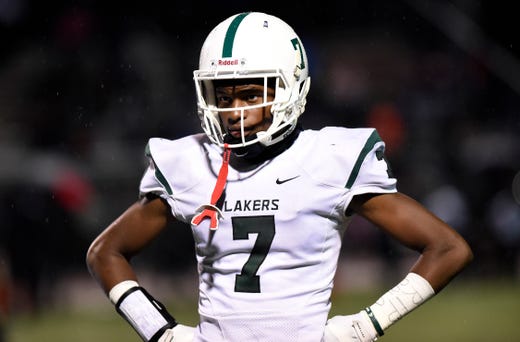 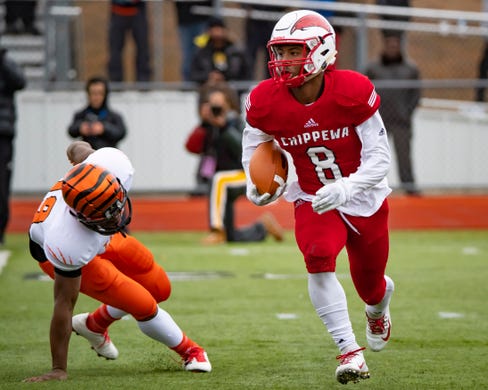 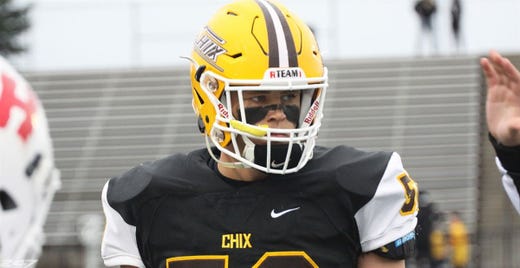 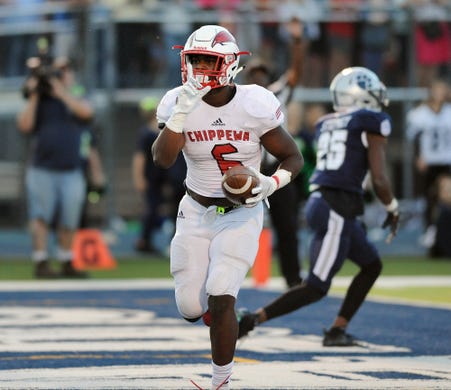 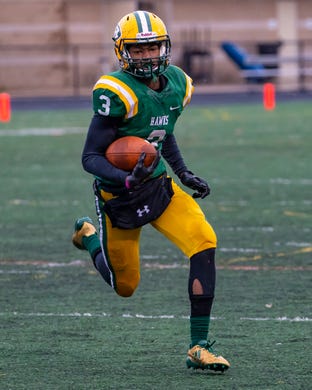 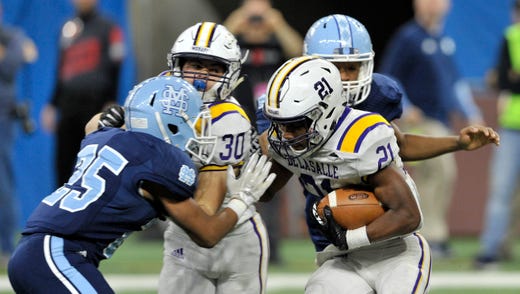 From dirt bikes to football
Inside the Numbers: Impact of Aubrey Solomon’s Transfer from Michigan